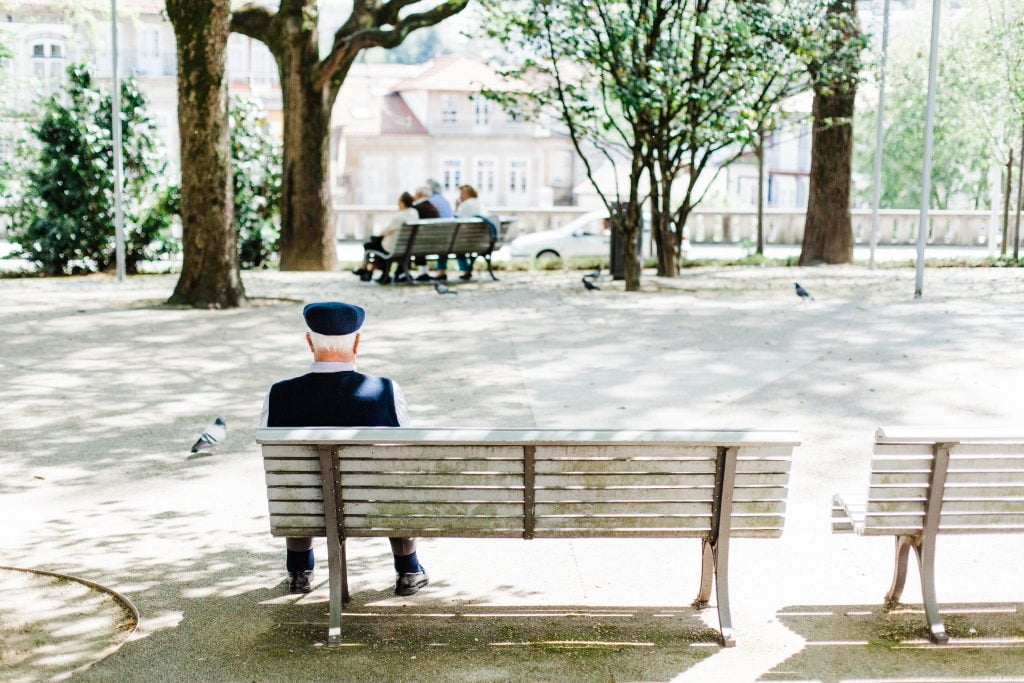 To Grandmothers House We Go

Over the river and through the woods, to Grandmother’s house, we go.  Or do we?  That song would bring pleasant feelings to me as a child because I enjoyed going to my grandparents’ house.   These were important relationships in my life, and fortunately, I was blessed to have my grandparents until I was in my 40s.  Unfortunately, as a therapist in rural America, I have noticed a disturbing dynamic regarding grandparents.  It seems the grandparent-grandchild relationship is not thought of as all that important anymore.  I know of too many cases where the mother and/or father in this triadic relationship, become upset with the grandparents (their parents or parents-in-law), and they withhold the grandkids (their children) from seeing Grandma and Grandpa in order to punish their parents or parents-in-law.  Many times, this is initiated by the son/daughter-in-law, and they convince their spouse to go along with this, but not always.  Sadly, this often has to do with selfish matters (e.g., the adult children expect their parents to help them financially).  I have heard of some cases where the parents essentially appoint themselves as the relationship police between their kids and their parents.  They monitor their children’s phone calls and messages to make sure they are not talking to their grandma or grandpa.  In the parents’ attempt to punish the grandparents in the name of  “protecting their children,” they punish and hurt their children by robbing them of very key relationships in their young lives.

So, for you parents who have decided to sever this grandparent-grandchild relationship, let’s see how much you’re helping and “protecting” your children by keeping them from bonding with their grandparents:

In the Journal of Social Issues, November 28, 2007, Sarah A. Ruiz and Merril Silverstein published an article titled, Relationships with Grandparents and the Emotional Well-Being of Late Adolescent and Young Adult Grandchildren.  In this article, Ruiz and Silverstein studied 925 young adults between the ages of 18 – 23.  One finding was that “greater cohesion with grandparents decreased depressive symptoms, particularly among grandchildren raised in single-parent families.”

Jake Schembri posted an article titled, Grandparent – Grandkid Relationships: The Importance in Health and Lifestyle, citing studies which emphasize how important this relationship is.  He mentioned a study from Brigham Young University, where 408 fifth graders were questioned about their relationships with their grandparents.  Schembri writes, “One of the conclusions that the study came to was that the emotional relationship between grandparents and their grandchildren had a significant impact on their academic, psychological and social development. Participating children who had grandparents that were highly-engaged in their lives were found to be more sociable, engaged at school and showed more compassion and kindness than those who didn’t have a close relationship with their grandparents.  Another conclusion arrived at by the researchers was that children with more affectionate grandparents tended to have a higher level of self-confidence, which had a long-term positive impact on their lives.”  He continues, “Furthermore, the researchers were emboldened enough by the study’s findings to propose that grandparent-grandchild relationships are even more important than parent-child relationships. This is because children having regular contact with their grandparents meant that they were more likely to have developed the ability to think beyond themselves, and their immediate circumstances.”  (For the complete article, refer to www.ba-bamail.com )

In the Globe Correspondent, December 14, 2015, Ami Albernaz posted an article titled, Study: Close grandparent-grandchild relationships have healthy benefits.  In this article, Albernaz cites several studies that highlight the important benefits of the grandparent-grandchild, for both the grandparents and the grandchildren.  Albernaz writes, “For grandparents, relationships with grandchildren provide connection with a much younger generation and exposure to different ideas, which might otherwise be limited. For grandkids, grandparents can offer life wisdom that they can put into practice as they navigate young adulthood.” Sara Moorman, lead author from the cited study at Boston College writes, “Grandparents have a wealth of experience – they’ll often tell stories about their lives and how things worked when they were young, and once kids become adults, they’re able to maximize those lessons.”  Moorman also writes, “Grandparents also can offer their grandchildren a first-hand historical perspective that enriches their lives and understanding of the past.”  Albernaz said Moorman’s study found these important relationships to decrease depressive symptoms for both the grandparents and grandkids.  Additional studies Albernaz cited showed the important bond between grandparent – grandchildren precluded fewer emotional and behavioral problems, along with fewer peer problems in children between the ages of 11- 16.  These relationships also helped children cope with negative, stressful situations, such as divorce/separation and bullying.  Albernaz writes, “Of course, relationships between grandparents and grandchildren are shaped by the larger family context.”  She cited an Israeli study done by Shalhevet Attar-Schwartz at the Hebrew University of Jerusalem.  This study focused on Israeli teens and found, “The closer teens were with their parents, the more they benefited from strong relationships with their grandparents. Specifically, among teens who reported being very close to their parents, strong bonds with grandparents were more effective in reducing emotional and behavioral problems.”  Attar-Schwartz said, “Grandparents tend to complement good-quality relationships with parents, and both of these relationships reduce adjustment difficulties in adolescents.  Because parents bridge the generation gap between grandparents and grandchildren, they help to shape these relationships and can influence the strength of the grandparent-grandchild bond.  Parents should be aware of their role as gatekeepers in the relationship between their children and their parents.  They should also be aware of grandparents’ potential to be an important resource in their children’s lives, especially if the family is undergoing a change, such as a divorce or a remarriage, or if the child is undergoing a painful or challenging experience. Sometimes children feel that it is easier to open up to their grandparents and share their difficulties and dilemmas with them.”  (For the entire details of this article, please read it at www.BostonGlobe.com )

There are many more articles reporting similar findings.  And maybe they are out there, but what I did not find, was research showing the grandparent-grandchild bond to be unhealthy or ill-advised.  Overall, the research shows that it is quite healthy and beneficial for grandkids to have relationships with their grandparents.  Ideally, this is on a regular basis, so a bond can be formed.  As a result, all benefit.  These positive benefits range from having less depression (for both) to having healthier coping skills and improved self-confidence to being able to better navigate school, social settings, relationships, and adult life.

So if your one of those Generation X or Y parents who have decided to stand in the way of your children getting to see your parents (for reasons other than abuse/danger), STOP IT!  You are handicapping your children and hurting both your children and your parents.  There are many other ways to work out your differences with your parents, no matter how justified you think you are.  I encourage you to seek counseling for the issues bothering you and find healthier ways to cope.

Angie Witman is a Licensed Clinical Psychotherapist and a Licensed Clinical Marriage and Family Therapist. She has worked as an outpatient counselor in Northwest Kansas for over 30 years, and she has been with Meier Clinics for more than 23 years. Angie is married, and she and her husband have a daughter, son, daughter-in-law, a dog, and two cats. She likes to go camping, kayaking, and fishing with family and friends, and of course the dog.